When the angels had left them and gone into heaven, the shepherds said to one another, “Let’s go to Bethlehem and see this thing that has happened, which the Lord has told us about.” So they hurried off and found Mary and Joseph, and the baby, who was lying in the manger. When they had seen Him, they spread the word concerning what had been told them about this child, and all who heard it were amazed at what the shepherds said to them. But Mary treasured up all these things and pondered them in her heart. (Luke 2:15-19)

I get it why believing faith is so difficult for a lot of folks.  We’ve managed to rationalize away all mystery.  Mystery is uncomfortable, and we don’t like discomfort as a rule, and certainly the discomfort of not fully understanding something, along with several other things, like waiting.  It’s all so frustrating.  And divine mystery operates on an entirely different level, one that many people find offensive.  We want to believe, like William Ernest Henley, that we are the “master of our fate, the captains of our soul.”*

On top of that are the things we see and hear each and every day, and may even be directly affected by…things that engulf our lives in darkness.  Nearly everyone who reads this has experienced or is experiencing something that cuts deep inside: hurts, disappointments, failures, anger, resentment, sadness, loss, grief.  And there are also those who probably won’t see this for whom waking each day presents a new challenge, sometimes about basic safety and survival.  “What is there to eat?”  “My electric is about to be cut-off and I don’t have the money to pay the bill.”  My child is too sick to go to school, but I can’t afford to miss a day of work to stay home with her.” “We have no money to buy Christmas gifts for the children.”  Have you ever known anyone who lost their job a few days before Christmas?

It’s easy to understand why people find it hard to believe in GOD, and certainly to believe in a loving GOD.  That just doesn’t make much sense, not with all this life distortion that surrounds us.  It’s not logical.  There are too many points of evidence that say otherwise. Logic says the best thing any of us can do is to put aside that foolishness; it’s every man, woman and child for themselves.  We need to take control of our lives and make out of them the very best we can.  And that, in a nutshell, is the philosophy of much of our age.  All we need to do is to look around at those we know to see that it’s true, even if many of those same folks wouldn’t admit it.

By all accounts available to us, Mary was a peasant girl who lived among peasant people who lived in a part of Israel that was considered socially low class.  Think of the towns or parts of cities you probably wouldn’t want to live in…that’s where she was from, both she and Joseph.

There wasn’t much in her experience to suggest that she was days away from winning the grand prize of Publisher’s Clearing House.  She probably expected to live out her days as the women in her family before her had lived out theirs, humble, long days of work in and around the home, eventual marriage, bearing multiple children, likely becoming a widow at some point, depending on her sons to provide for her, and eventually dying before age 50.  She had that to look forward to and the prophetic history of her people.

There was nothing else in her experience that suggested life would be any other way…until the events that began with the visitation from the angel Gabriel and which culminated in that animal stall in Bethlehem.  What particularly got to her was what the shepherds and the visiting magi, and perhaps what others who dropped in on them had to say about her son.  They were forecasting phenomenal things…better than Publisher’s Clearing House.  The Word said she pondered these things in her heart.  The only thing she had to validate what was being said was that mysterious visit from the angel (which could have been just a weird dream) and the prophetic history that her people held on to, because everything else said, “This is too crazy to believe.  It’s too crazy for me to put my hope in.”

We ponder things all the time.  We think about and wonder why life is often the way it is.  We have mental wrestling matches about the things we don’t like and can’t control, and don’t understand.  And sometimes our pondering leads to questioning the love of GOD, the truth of GOD, and even the existence of GOD.  Is it not so? 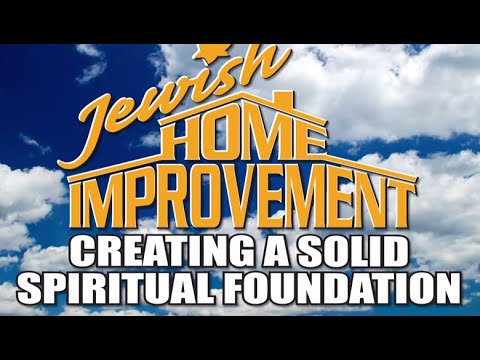 Mary’s foundation, despite its humble appearance, was deep and solid and strong.  All the while she was trying to sort things out, humongous, other-worldly things (literally), her faith in GOD never left her.  It can be said that it was her faith that pondered.

Oh that it might be said of each of us, that our foundations in the Lord are deep and solid and strong.  May our pondering of the mysteries of GOD always be in faith…because one day, the Mystery born that night will be revealed to us in all of His fullness, all of His glory, and all of His majesty.  Our eyes will see and our ears will hear.  Come, Lord Jesus, Come!

Wishing You and Yours a

* From the poem, Invictus, by William Ernest Henley.