Very truly I tell you, whoever believes in me will do the works I have been doing, and they will do even greater things than these, because I am going to the Father.” (John 14:12)

Years ago, in my pre-pastoral days, I worked for a man who always began his staff meetings with this question, “Why are we here?”  He recognized that we all entered the meeting with a range of issues occupying our thoughts.  Some of those concerned the meeting agenda, but often they involved a variety of unrelated concerns: the need to complete and submit a report, an unresolved operational problem, an employee who was underperforming and needed an intervention, the customer complaint that required a response, a disagreement with a family member, etc.  Our boss, instinctively knowing this, used the question as a way of helping us put those things aside for a brief time so we could focus on the meeting, and get the most out of that time together.

Recently, I posed a related question to myself: “Should I not live as if the spiritual well-being of everyone I touch depended on my faithfulness in and obedience to GOD?” Isn’t that why I’m here?  Let me see if I can work through this.

The word “Christian” is a designation that means a follower of Christ or modeled after Christ.  This begs the question, what is there to follow, of what did the original model consist?  In general, these questions are answered throughout the New Testament, and in the gospel accounts  (Matthew, Mark, Luke and John).  Jesus, the Christ, spoke to this Himself when He said, Very truly I tell you, whoever believes in me will do the works I have been doing, and they will do even greater things than these…” (John 14:12).

So it seems, from this, there are two essentials to being a Christian.  The first essential is belief in Him as the Christ, the Son of GOD chosen to be the Savior of the world by way of His sacrificial death, His resurrection and victory over death, and His ascension to sit at right hand of the Father.  As His half-brother James later commented, this belief is not mere intellectual agreement; it is confidence in Him as a result of being persuaded.

The second essential of being a Christian is doing the kind of work that He did (and doing more of it; i.e. doing it continually).  Well what work did He do?  I believe the work of Jesus can be classified in four buckets:

Bucket 1: Jesus revealed the nature and personality of GOD to all people.  Some of those people wanted to know what GOD was like.  Others thought they knew and were wrong.  Still others did not know they had a desire to know GOD until it was awakened in them by the presence of Jesus.  And then there were some, I’m sure, who didn’t care.  Regardless, if anyone crossed paths with Jesus, the nature and personality of GOD was revealed to them.

Bucket 2: Jesus was compassionate toward those in need; and His compassion moved Him to action.  We see this with those He healed physically or delivered from spiritual bondage.  There was, within Him, a deep tenderness felt for those who suffered.  When people were in anguish through no fault of their own, He sought to extinguish it.  His tender heart is captured in Luke 4:18-19:

“The Spirit of the Lord is on Me,
because He has anointed Me
to proclaim good news to the poor.
He has sent me to proclaim freedom for the prisoners
and recovery of sight for the blind,
to set the oppressed free,
to proclaim the year of the Lord’s favor.

Bucket 3: Jesus instructed those who would listen about the nature of the Kingdom of GOD through His teaching and proclaiming of truth.  He did this with large groups, small groups, and with individuals.  He did it in synagogues, on mountainsides, in fields and on seashores.  He clarified GOD’s system of morality, rescuing it from the distortions to which it had been subjected.  He expressed GOD’s desire for both righteous living and for merciful actions toward others.  He emphasized the importance of forgiveness.  He made the will of GOD clear and uncomplicated for people as it applied to the most important areas of their lives. 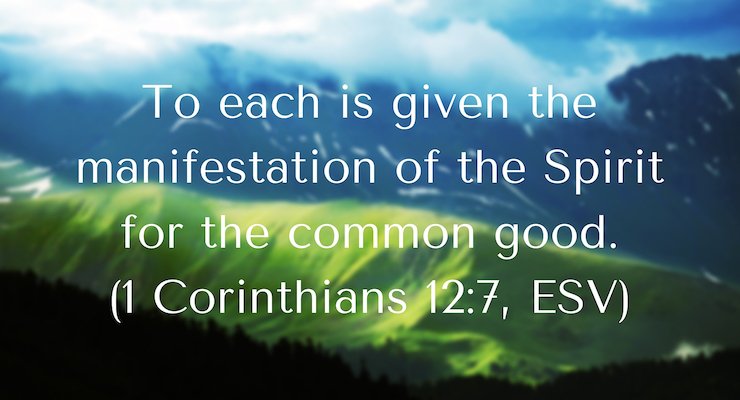 Bucket 4:  Jesus developed people to continue His work.  These were people who lived as if the spiritual well-being of everyone they touched depended on their faithfulness and obedience to GOD.  And because of them and those in whom they poured their lives, we have churches and seminaries, Bible colleges and Sunday School classes, small groups and books, journals, blogs, vlogs and podcasts, evangelists, pastors, teachers and committed church men and women, all ostensibly dedicated to carrying-on His work.  Theologian and philosopher Albert Schweitzer is quoted as saying, “Nothing of real value in the world is ever accomplished without enthusiasm and self-sacrifice.”* Without the enthusiasm of belief and the sacrifices of countless people over the millennia, none of this would be.

So…what responsibility do I have in seeing that the work of Jesus continues beyond me?  Do I think it’s important?  And if so, how do I respond to that challenge?  If I put aside all of the peripheral thoughts and concerns of my life and really listen to Jesus, I think the answer becomes pretty clear.  Regardless of any other consideration, I should live as if the spiritual well-being of everyone I touch depended on my faithfulness in and obedience to GOD.  It’s a worthy burden that requires a lot more of GOD in me, and a lot less of me in me.  Maybe that’s why I’m here.

What about you?  For what purpose are you here?

* Referenced in Meditations of the Heart by Howard Thurman, (Beacon Press, Boston), p.80.