A byproduct of my professional background, secular and pastoral, has been participation in various assessments and feedback tools to gain a better sense of self and of how I have been or am being viewed by those with whom I work closely. In addition to those I’ve taken that were prompted by some organizational authority, I’ve done a number of these voluntarily out of pure curiosity.  One voluntary assessment is called the Enneagram, which I found to be one of the more comprehensive assessments I’ve taken.  Among its various indicator areas, it suggests a default emotion for each personality type.  That aspect was new to me.  According to the Enneagram, my default emotion is anger.

Even though the assessment was new to me, the results, including this particular one, was not. As much as I would like to brush this revelation off, I know it to be true.  I was once called an idealist who chases causes.  I’m deeply offended by what I perceive to be injustice, particularly when it seems others show a lack of concern.  I have, on a few rare occasions I’m ashamed to admit, reacted with verbal violence when someone close violated my personal values with what seemed, to me, to be disregard.  I tend to stand-up for the underdog, and even did it once when the underdog was completely in the wrong (and I kinda knew it). 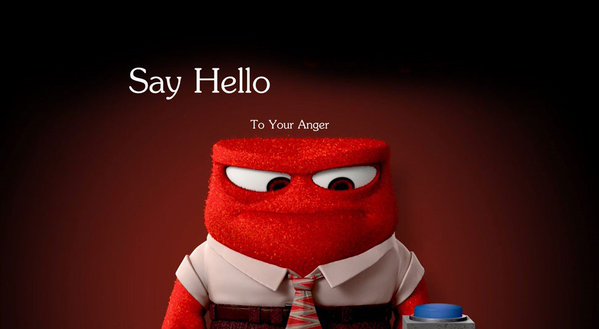 So now that you’ve heard my confession, let me give you some context. All morning, up to the moment of this writing (Note: this was first drafted five days before posting), the temptation to anger has been strong. It was prompted by someone’s unjust behavior and the large ripple effect it has created, and which is beyond my ability to confront.  In a nutshell, I felt anger and powerlessness.  It was in the moments shortly afterwards that my internal conversation went something like this, “I need to give this to GOD, otherwise this is going to make me nuts.”

“How Great Is Out GOD” is not just a song; it is a testimony, and today it is mine. The statement from an unknown source, which I quoted above, was among the things I read when I opened a devotional tome I use daily.  It was quickly followed by complimentary statements by A. B. Simpson and A. W. Tozer, noted 20th century holiness theologians, which deserved and received my meditation.

I was then drawn to Psalm 37 which speaks directly to the importance of renouncing anger and placing trust in GOD in the face of injustice because of His promise to rectify all injustice and judge all unrighteousness. It challenged me to do good as a response rather than allow myself to become incensed which can easily lead me to sin, and which is clearly inconsistent with the Fruit of the Spirit (Galatians 5:22-23), something I, as a devoted believer, am to manifest.

It was impossible to reflect on all of this without concluding that, yeah, GOD was in agreement with me; I needed to give my growing anger to Him before it became inflamed.  The cost, however, meant willfully dying to myself this morning.

On one hand, it would have been so, so easy to feel justified in my anger and holding onto it.  But on the other hand, I had to ask myself to whom do I belong, who do I serve, and in whom do I place my trust.  I can’t have my cake and eat it, too.  A decision was needed.  I glanced at the reminder card stuck in my Bible, sent to me by my brother-in-law and his wife nearly a year ago.  It speaks of practical ways that reveal when someone has died to themselves.  What would reign, faithful submission or my anger?

I decided…all to Jesus I surrender.

The cover of this blog includes the creed by which I want to live: I have no life but Christ’s. He is in me and I am in Him and He is in the Father.  All else is vanity…even my anger.  Even my anger is vanity.  The peace that surpasses understanding is so much better.

I pray that, in reading this, you find blessing and perhaps help for yourself if you need it. All to Jesus!